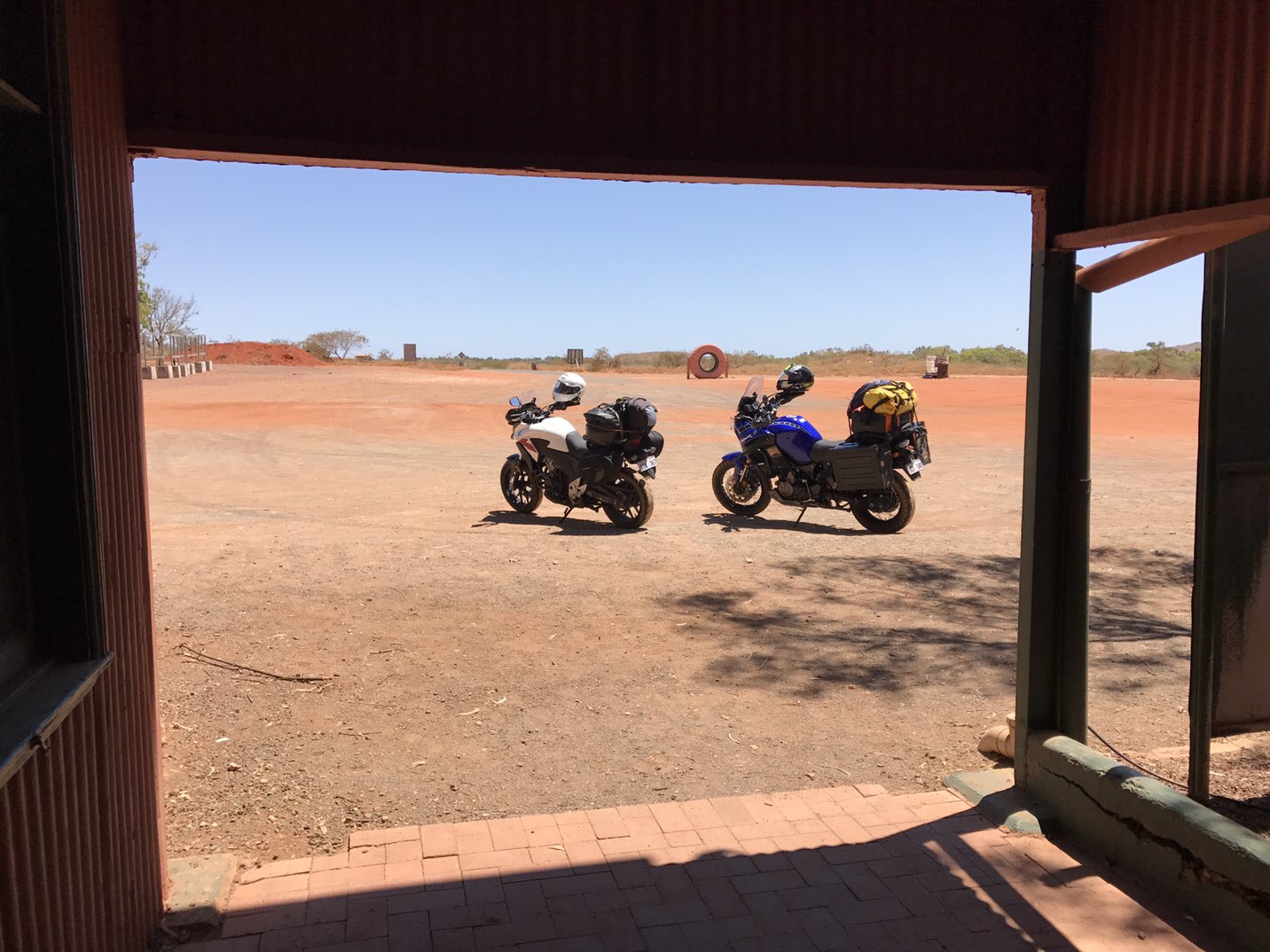 What a great day riding! A nice easy start, probably one too many coffees, but we were chatting to our neighbours across the way. A lovely elderly couple, from Theodore, Queensland. They’d come all the way over to WA for the wild flower season. Spectacular, is how they described it, making me really hope it is still blooming when we hit the Mid West. They also told us how their house and all their belongings, were destroyed in those disastrous floods, back in 2011. Luckily, they were not home, they were in Melbourne at the time. Wow, it sounded awful. Finally, around 10, we headed off to tour Port Hedland. It’s been a long time, a boom time, and a crash have been through here, and it was amazing to see the changes.

This very large mining town, has three big sections, or suburbs, Port Hedland, South Hedland, and Wedgefield (Cooke Point is part of Port Hedland area). South Hedland is the residential area, and we didn’t visit there today, just around Port Hedland, which is where a lot of the action takes place. We were lucky enough to see a couple of tug boats piloting a huge iron ore ship into the Port for filling. Not something we see every day. 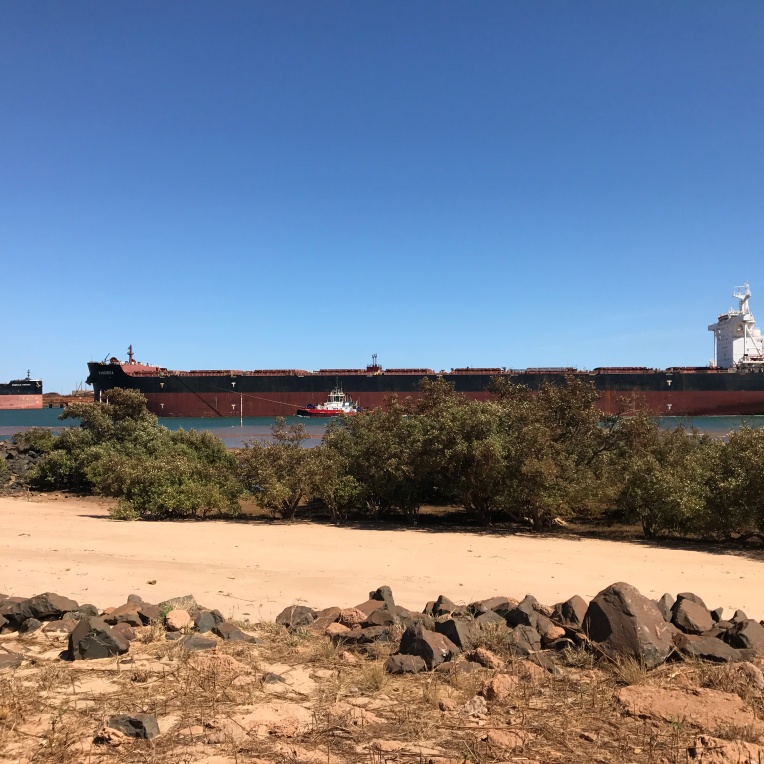 A pretty cool thing to see. There are heaps of ships out on the horizon, waiting.

Not my favourite town, although it looks pretty neat and tidy now. It gets stinking hot in summer, and is often dusty, dry and windy. Today it wasn’t a bad place to be, and was a bit quiet. It was a good tour, and on the way out on the new, very expansive road system, we even got to see a couple of humongous iron ore trains coming in and out. They are still impressive, at over 2kms long, it’s rare to be able to see the front and back at the same time. 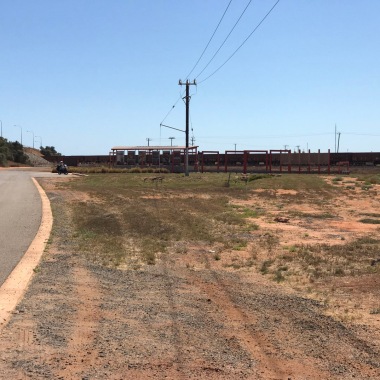 After all,these years they still impress me. Apparently Riotinto now have a remotely operated one. Gees.

Riding out, we were astounded at the number of road trains heading in the opposite direction. Both ore and freight carriers, all with four trailers, and we counted 20 in a row. Hooly dooly, that is the most I’ve ever seen. Luckily, we turned right onto the North West Coastal Highway, and they were on the Great Northern highway. So we got to just relax, and cruise along at our 90-95kms an hour, listening to tunes and podcasts. It was excellent. Just before lunch, we made it to Whim Creek. It’s just a pub, but it is iconic, and lucky for us it was open (has been shut down and re-opened many times) for us to have a break and a cold drink. It looks really good, with a pool and free camping. Another place to remember for future trips. 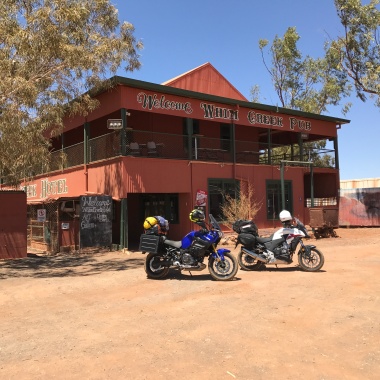 A typical outback pub, which has been closed down many times. Lucky it is open for us today.

Not too far down the road, we crossed the Sherlock river. It looked too good not to check out, so we turned off on the track down to the river. Another gem. Close to the road, but some shade, and a place to swim. Very nice. So we had an apple, and took some pics, then moved on. The day was just cruising. The Pilbara scenery is stunning, and we were both enjoying it all today. 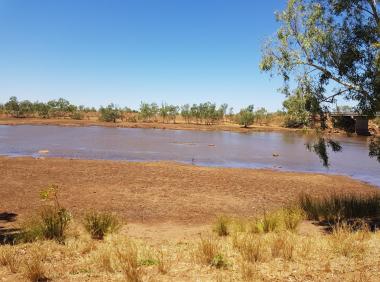 Another good spot to remember for future travels. Having a water source is a big plus.

Turning into Roebourne, we spotted the old prison building we remembered, then rode past Wickham, and ended up in Port Samson at a dead end, and the Tavern. Just how we remember it. It’s Sunday, and school holidays, but pretty quiet. Easy for us to get a beer, share some fish and chips, and whack up our tent in a nice shady spot. It’s not cheap, and it’s pretty small, but it’s a special spot. 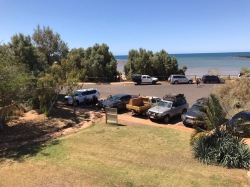 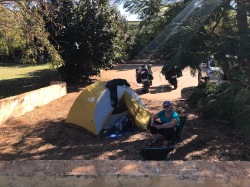 It is still a really nice relaxing area. Honeymoon Bay is very pretty.

We cooked our remaining fresh food, on the limestone wall, feeling a bit like a TV cooking show, and then just enjoyed the cooler evening with a glass of warm (probably a bit too warm) red. The very nice older couple, who were in the caravan next to us, stopped to chat on their return from dinner. Alan and Chris are from Sydney, and left home on the 1st April, a day before us, and are heading in the same direction as us. We ended up taking our chairs over to their van (which had light), and chatting for a few hours. A really enjoyable night.

I had the best night sleep! I felt so tired last night, by the time I laid down, that I went straight to sleep, and woke up at 5:30am, as the sun was rising. Will was still sleeping, so I got up and went down to the beach for a look. Beautiful!

As we only had 45kms to go, to get to Karratha, we didn’t panic, and just decided to enjoy the morning. We put our chairs on the grass of the pub area, in the shade, and had a coffee while watching the little doves (The Peaceful Dove). They were very cute and brave, walking within centimetres of us, if we sat still. Eventually we got hungry, so went to eat our usual, only to discover we’d left our litre of milk in Port Hedland. Aaagghh, bugger. So we improvised with a bun, Vegemite and cheese, and while getting out the cheese, the silver lining, some chocolate we had forgotten about, still cool, but not for long, so we demolished that too. All good! 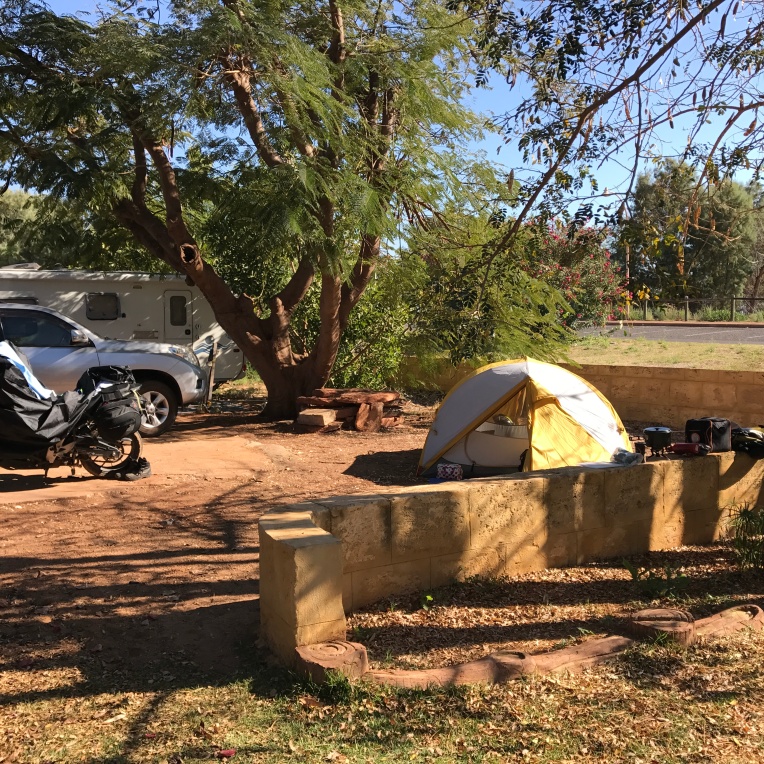 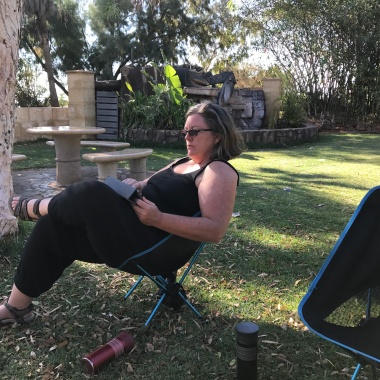 Proof that I’m a lazy bugger, and the cute little doves are just fun to watch.

Alan had been up and taking pictures of the water, and stopped for a chat. Then Chris came out, and we continued our chat from last night. Then they made us a lovely cappuccino, and finally we decided it was time. Quite late, and getting hot, we are now in full sun, packing up our crap. Sweaty little pigs, trying to put our riding gear on. Ugh, not pretty. We passed our contact info on to Alan and Chris, and hope they get in contact if they come by our town. They were really great, and we really enjoyed their company. At 11:30am, we finally left Point Samson, for Cossack, 10 kays away.

This place is an old settlement that has now been restored beautifully, with a little museum, and several old buildings. It was the first port in the North West, and critical to pastoral development in the region. Cossack was also where pearling began in Western Australia. Lots of interesting history, and as it is on the mouth of the Harding river, it is in a very pretty location. 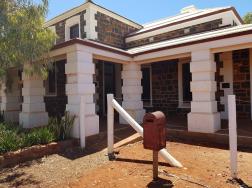 These old buildings were only just finished as the town died. Shame, they are beautiful. Now they are restored, the place looks really good. 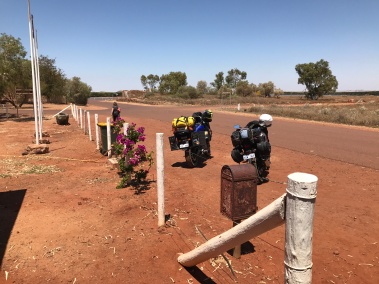 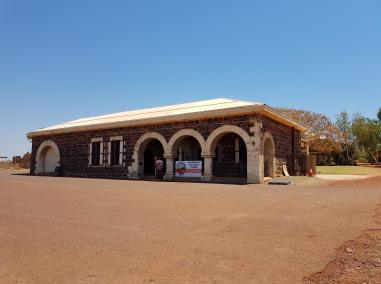 The courthouse building is now a pretty cool museum, and they hold functions and things out here too 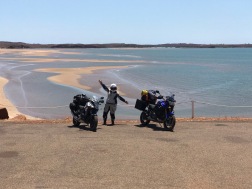 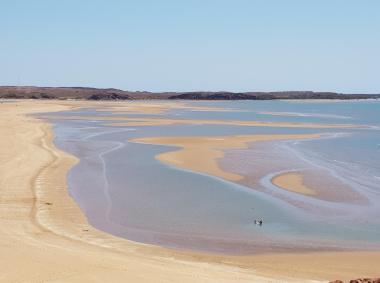 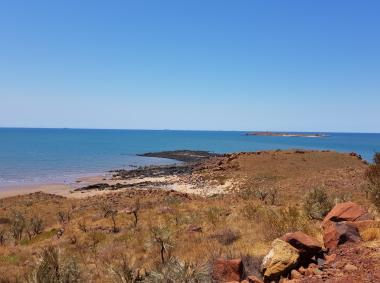 This is the town beach for Cossack. From Tien Tsin Lookout, the views are spectacular.

The ride through to Karratha was busy, and as we rode over the hill and got the first view of the town we’d not seen for about 14 years, we both got a shock. Holy cow, high rise buildings? Are we even in the right town? Again, we know there was a massive boom, just after we moved south from Tom Price, and then things died off, but the infrastructure that they managed to install is quite incredible. We turned directly towards Dampier, and continued to be amazed at the changes. 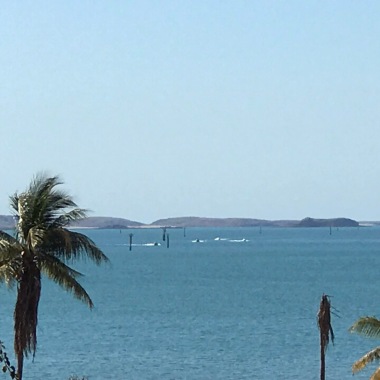 Hampton Bay at Dampier, looking across to East Intercourse Island.

After a ride around Dampier, we stopped at the Mermaid Bar for lunch and a break. We are going to stay with a friend of Will’s from his Hismelt working days, and they won’t be home till about 3pm. As Karratha has the highest number of boats per capita in WA, they were a part of that and were out enjoying the gorgeous waters of this area. From the pub, we could watch all the boats coming in, and prompted by a message from Jeff, we could see them coming in. We rode down to the yacht club to meet them, then we all went to their place. Jeff And Natasha have three small kids, and we really enjoyed a night with them all. Such welcoming, down to earth, and easy to talk to people. 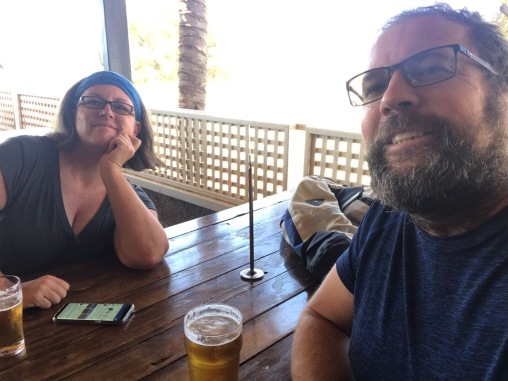 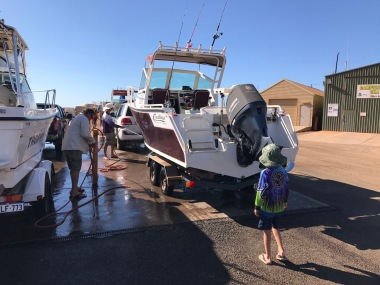 A beer for old times, and a great catch up with Jeff, Tash and the kids. So much fun talking with the kids, all under 6, it’s been a long time.