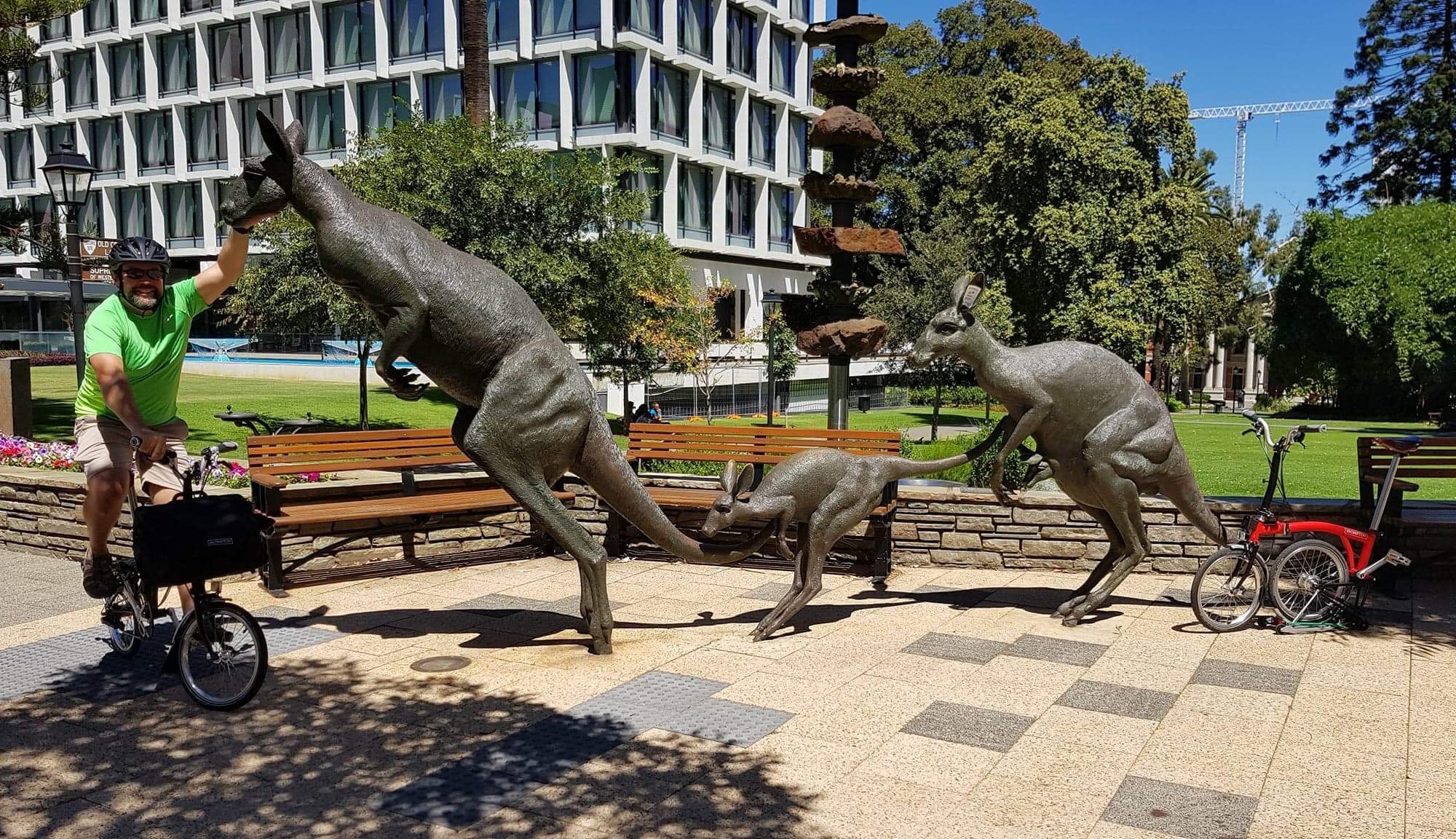 Hi everyone, hope you have all been going great ! Jenny & I have been loving this halcyon summer. Not to hot, sun always shining, I think we have only used the air conditioning once since we arrived home from the UK back in early January.

Talking about the UK, while we were holed up at Al & Keith’s place in Ramsgate trying to stay warm & dry I received an email from Ticketek Australia advising of an up & coming Show in March at Perth’s Regal Theatre. Wow I thought that could be fun for Jenny & I.

So covertly using my Qantas Visa Cash Card (that Jenny doesn’t have access to….because it’s mine 😉). I purchased a couple of tickets & organised a nice room for a couple of nights at the nearby Sage Hotel. Now to keep my big mouth shut for 8 weeks.

During our 25th wedding anniversary back in February, I spilled the beans a little. Jenny wanted to go on an up & coming overnight Motorbike Ride to the Quindanning Hotel with a group of other Riders, but it fell on our “Show at the Regal” weekend. I had to let her know that I’d already planned something for us on the Western Australia, Labour Day Long Weekend. That was the only detail I was going to give her.

Which brings us to the Friday, just gone. Access to Perth’s CBD from our Mandurah “Travel Home Base” is extremely convenient & this is where the amazing little Brompton Folding Bicycles come into play.

After spending the morning filling up the new raised garden beds with dirt, we packed up a minimum of gear, loaded up the Brompton’s and rode a short distance to the Train Station. Folded up the bikes, then enjoyed a relaxing Train journey into the City. It takes about 50 minutes to get there and costs about $6 each, If you go for a family dayrider ticket. 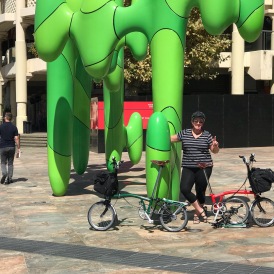 We catch the Train into Perth, then have a quick ride around the Murray Street Mall, checking out the Cactus Sculpture.

After watching the vehicle congestion on the Kwinana Freeway while sitting on a Train doing 130km/h we were glad with our decision not to drive, plus there is no convenient parking at the Sage Hotel. Come 2pm we have disembarked at the Underground, Murray Street Train Station, reassembled the Brompton’s which takes a whole 20 seconds to do, then it’s a simple 15 minute ride along Hay Street (though it is up hill all the way to the Sage).

After we were settled into the Sage, it was time to head out for a well earned pint & some food. Jen & I decided on the Mayfair Street Pub, which was reasonably packed with City workers having a few quiet beers before starting their long weekend. Next up we stopped at a nearby Boutique Bottle Shop called Gangemi’s & bought an unusual assortment of unique beers. Back off to the Sage, to let our “Dirty Weekend” begin.

After a couple of pints at the Mayfair, we pick up some take-away beers from Gangemi’s. 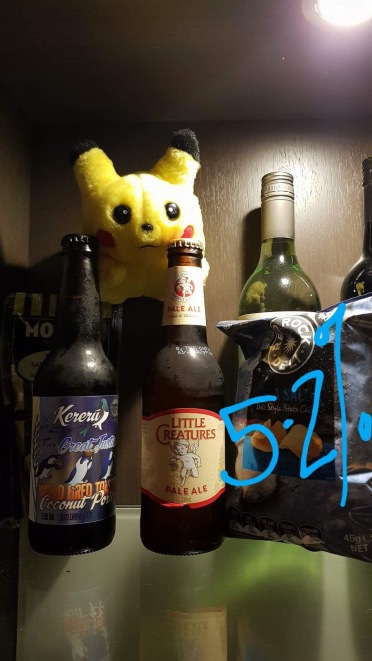 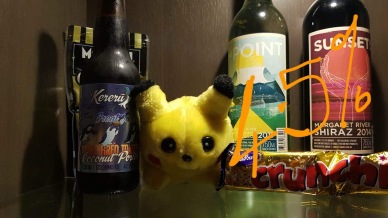 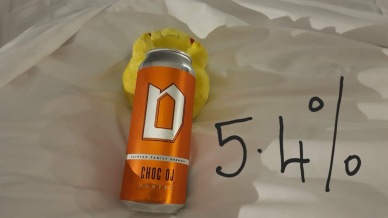 To say the Beers are an unique collection is an understatement, they are mainly different flavoured dark beers.

Saturday morning saw us up at a good time & having breaky in the Restaurant below. By 9 am the beer headaches had faded enough & we departed on the Pommie Brommie’s to explore Perth. We also had a lunch date to attend in South Perth with our Daughter & her Partner.

Exploring Perth on Brompton’s is amazing, you can weave in & out the pedestrians. Because the bikes are small & not intimidating no one seems to mind as you meander along the foot path & Malls. Jenny & I checked out the numerous Dolphins scatted around the City Centre that are part of the Splash Exhibit and after 3 months will be wrapped up this Monday.

A few more Dolphins Sculptures. They will be auctioned off with the funds going to mental health.

All up I think we rode about 15kms on an absolutely gorgeous early Autumn day. Time to head back & get ready for the “Show”. Just after 7pm we finished dinner at a nearby Restaurant then walked the 1.5 kays to the Regal. Jenny’s knee was pretty sore by the time we arrived so it was going to be a Taxi ride back to the Sage after the “Show”. 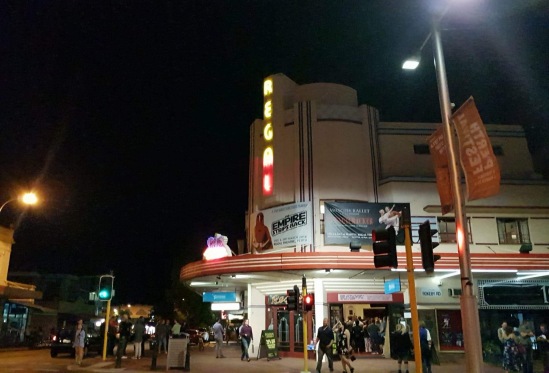 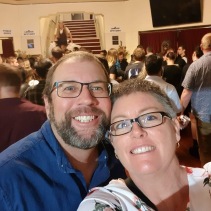 The Regal Theatre was packed, the Show was sold out, a great effort considering the events happening in Perth. Ed Sheehan Concert was on, plus Cider & Pork Festival with live music was also in full swing at Elizabeth Quay.

It took Jenny a few moments to register what it was all about. At first she thought it was something about Star Wars (by the way she isn’t remotely a Star Wars Fan). Well it sort of is but to be precise it’s a Star Wars Parody done in the style of Burlesque. Disney Studio’s tried to have it banned, but because it’s a parody under Australian law it is allowed. It has been playing all over Oz for about 5 years.

“The Empire Strips Back” turned out to be great fun, to us there seemed to be an equal mix of men & women. The range in ages was large also, obviously no one under 18yo is allowed to see the Show, as there are strong adult themes. The MC was calling us all the Perth Perv’s…ha, ha, good one, Drew ! 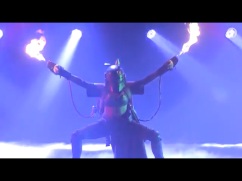 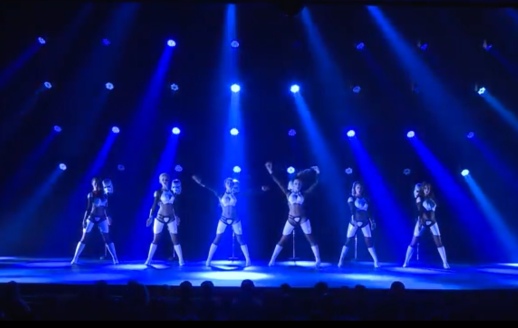 Taking Photos & Video was not allowed. My iPhone wouldn’t have been much good in the low light anyway. So for once leave the electronic gadgetry in the pocket & just sit back & enjoy the show. It was very entertaining, these pics have been screen shot from various internet sites just to give you a slight idea. There is also a brief YouTube video linked below.

Drew the MC made it quite clear that no video or photos were allowed to be taken during the performance, so fair enough. My low quality Show pics here have been grabbed off the internet to give you an idea of what it is all about. Jenny & I had a Wrecking Ball of a time & judging by the noise from the rest of the audience they all loved it as well. Definitely worth it !

Sunday, March the 4th, home time, as per our usual MO we checked out of the Sage at 10am. Yet another great weather day, high 20’s, no wind, no clouds, excellent for riding. We decided to ride the little Brompton’s as far Home as possible or to Kwinana Train Station….what ever came first.

After 22.5kms & 1 hour, 20 minutes of riding (which included multiple photo stops) we decided to bail out at Cockburn Station & catch the Train the remainder of the way back to Mandurah. Our Mini Brompton Adventure was over for now. 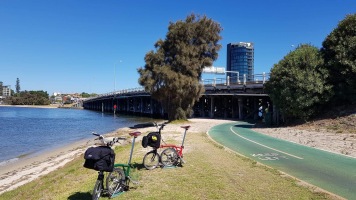 Jenny & Will still had fun riding a third of the way, riding along the Swan River on such a beautiful day.

The Brompton’s are great for short trips & around tight urban environments. Ideal for chucking in the car & using the bike to get around at the other end. For us the 16 inch wheels take lots of effort for longer journeys, I think the bigger 26 inch wheeled Thorn Nomads are safe for now.

Post Script: Tuesday see’s team wiljen back to Perth paying the United States Consulate a visit. Can we get our USA extended tourist visas ? Next blog post we’ll let you know about our North American Cycle Tour Plan, & If we obtained the extended Visa or not. Thanks for following …

The Empire Strips Back, Burlesque Parody