Photo: At the summit of Mount Maunganui looking south towards Tauranga, New Zealand.

What Next ? By Will.

Hi everyone, hope you’re all travelling well. Team wiljen have kept you waiting long enough so I guess it’s time to reveal this year’s big adventure !

It is going to be a huge 4WD Drive Trip through the Western Australian Deserts, from Wiluna to Halls Creek. For those of you not in the know, it’s one of the most isolated, longest, wilderness, off-road routes in the world. 1800kms of track, consisting of two wheel ruts traversing sand dunes, salt lakes, scrub, rocky outcrops, dodging camels & emus. Don’t forget at night there’s a gazillion stars in the sky.

The Canning Stock Route…(CSR info on Wikipedia.) During 2018 about 900 well prepared vehicles travel the CSR that year, usually in small convoys of 2 to 4 Vehicles. Not many people tackle the CSR Track solo. Though we plan to do this trip in one vehicle with a twist.

Long distance endurance Touring Cyclist “Max Smith” with heaps of experience riding his bicycle along the Australian Outback Tracks will be joining us on his newly purchased Fat Bike, he is currently in training riding through the snow (a substitute for sand ?) in the frozen landscape of Sweden. Max’s Blog, Cycloaustralis

Here is our plan, Max arrives in Perth, Western Australia next month (yes, that’s right, March 2019, where is the year going ?). After sorting out some personal business Max will ride for Wiluna, 1000kms north/east of Perth. Jenny & I will travel in our 17 year old HZJ105 Series, Diesel Toyota Landcruiser & rendezvous with Max in Wiluna early May.

There will be a Team wiljen Bicycle with 4” Fat Wheels hanging off the back of “The Cruiser”. In general Jenny will be the Vehicle Support Driver, Max & I will be Cycling. Occasionally Jenny & I will swap cycling/driving duties. We all estimate the Ride (& Drive) will take about 5 weeks. This equals about 50kms per day. Just driving the CSR takes the average vehicle 2 weeks to complete.

Once we arrive in Halls Creek (mid-June) we will all go our separate ways, Max will continue his ride. Jenny & I’ll spend 6 weeks exploring the Kimberley region of Western Australia. Lots of preparation to still do !

As usual we’ve been getting (happily) side tracked from all the big tasks we’re suppose to be focused on. Namely the Residential Unit in Fremantle renovation & preparing the Landcruiser for the Canning Stock Route.

The 26th of January had me helping crew on Quattro & sailing down to Mandurah from Fremantle in heavy seas, which was tiring. I helped sail the yacht back on the 28th which was a lot more pleasant. 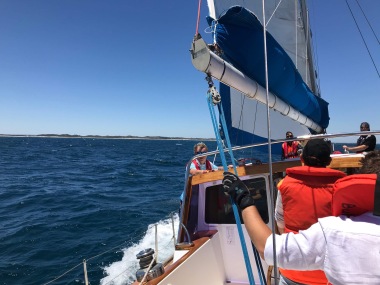 Sailing on Quattro from Fremantle to Mandurah, Western Australia. It took 8 hours and was a different way to celebrate Australia Day.

On the 30th of January we drove up to Green Head (4 hours drive north) for 5 days & to help Jenny’s brother John celebrate his 50th. Think lots of partying. Jenny’s sister Sue had also come over from the UK.

Jenny, Lorraine, Buddy the dog & I check out the small seaside town of Green Head in WA’s Mid-West. The water was nice & refreshing. 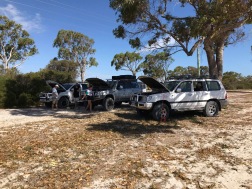 Jenny takes the Drivers Seat in the Landcruiser to get some off road sand practice. When we tackled the dunes near Leeman everyone had to let their tyres down. We were at 20psi, we took the Black Top back to Green Head so had to pump the tyres up for the trip back. 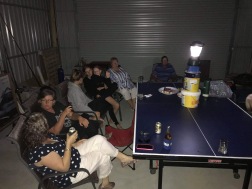 Happy 50th Birthday John. On the main party night all the power was out in Green Head for 24 hours due to a pole fire. Didn’t stop us all having a fun night.

Literally 2 days after getting home from Green Head, Jenny & I were sitting in Business Class on a Qantas A330-800 headed for Melbourne. After a 30 hour stop over in Melbourne we caught up in the Premium Lounge at Melbourne International Airport with Sue & Jenny’s Mum, Lorraine. The 4 of us were headed over to New Zealand.

Jenny’s sister Sue is an extremely generous & giving person. Sue payed for our Airline Tickets & upgraded us to Business Class for the trip over to New Zealand. Thanks Sue. 😀👍 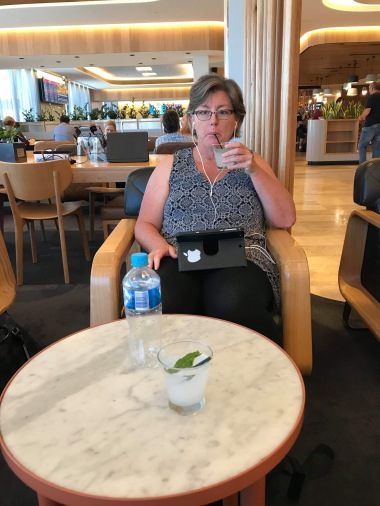 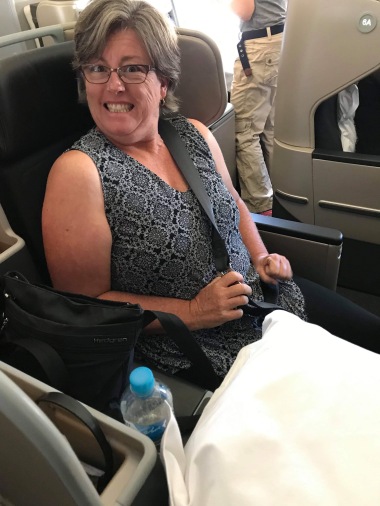 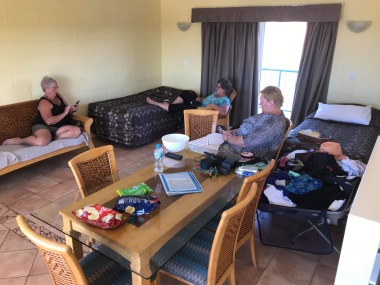 Our cosy accommodation in Tauranga for the first 3 days. Welcome Bay Thermal Cottages. There’s an Artesian Water Tub which comes with the room which was nice and hot.

We went to NZ to catch up with Jenny’s, Uncle David & celebrate his 70th with all the other “Kiwi, Cuzzy Bro’s”. I must say it was a fun 7 days, that generally went smoothly. I’ll let my photos tell a bit of the story, though I didn’t take any photos of the two big truck crashes that held us up for 1.5 hours on the drive from Tauranga to Auckland Airport (paparazzi Will was driving) causing us to nearly miss our flight home.

Yeah, you could say it’s been an interesting & exhausting few weeks. Time to focus on getting ready for the Canning Stock Route preps & make at least a start on the Unit. 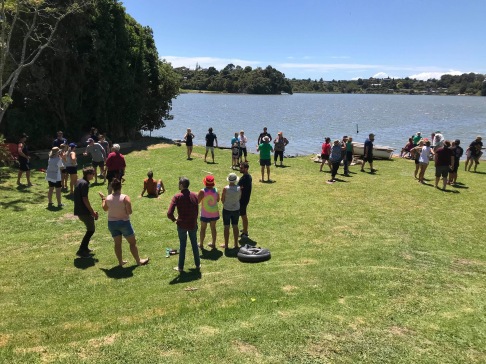 In an effort to slow the alcohol consumption down we formed up into 7 teams and played various competitions, like building towers with spaghetti & tug-of-war. Actually it was good fun and a great laugh. 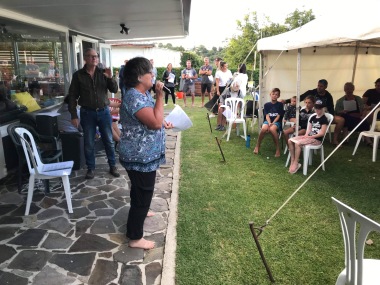 Jenny busts out a song during the Karaoke Competition. 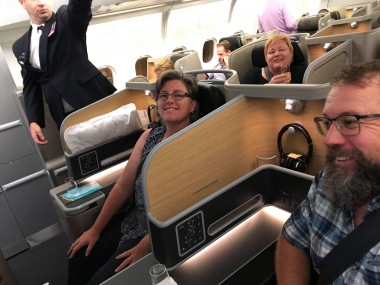 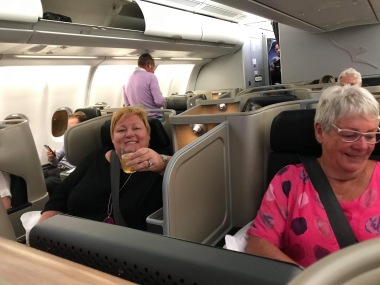 Sadly all good things come to an end. Jenny’s sister Sue only had enough Fly Points for team wiljen to fly Economy. But any of you who have been following our adventures could probably guess that we have accumulated a shit load of Frequent Flyer points so we upgrade ourselves to Business Class for the journey home. Just before I go I’d like to say a Huge Thank You to Sue, David, Anne, Val & Murray for assisting us with our NZ Trip. It was also nice to once again meet all Jenny’s Kiwi Cuzzy Bro’s, they’re a great bunch. 😎👍