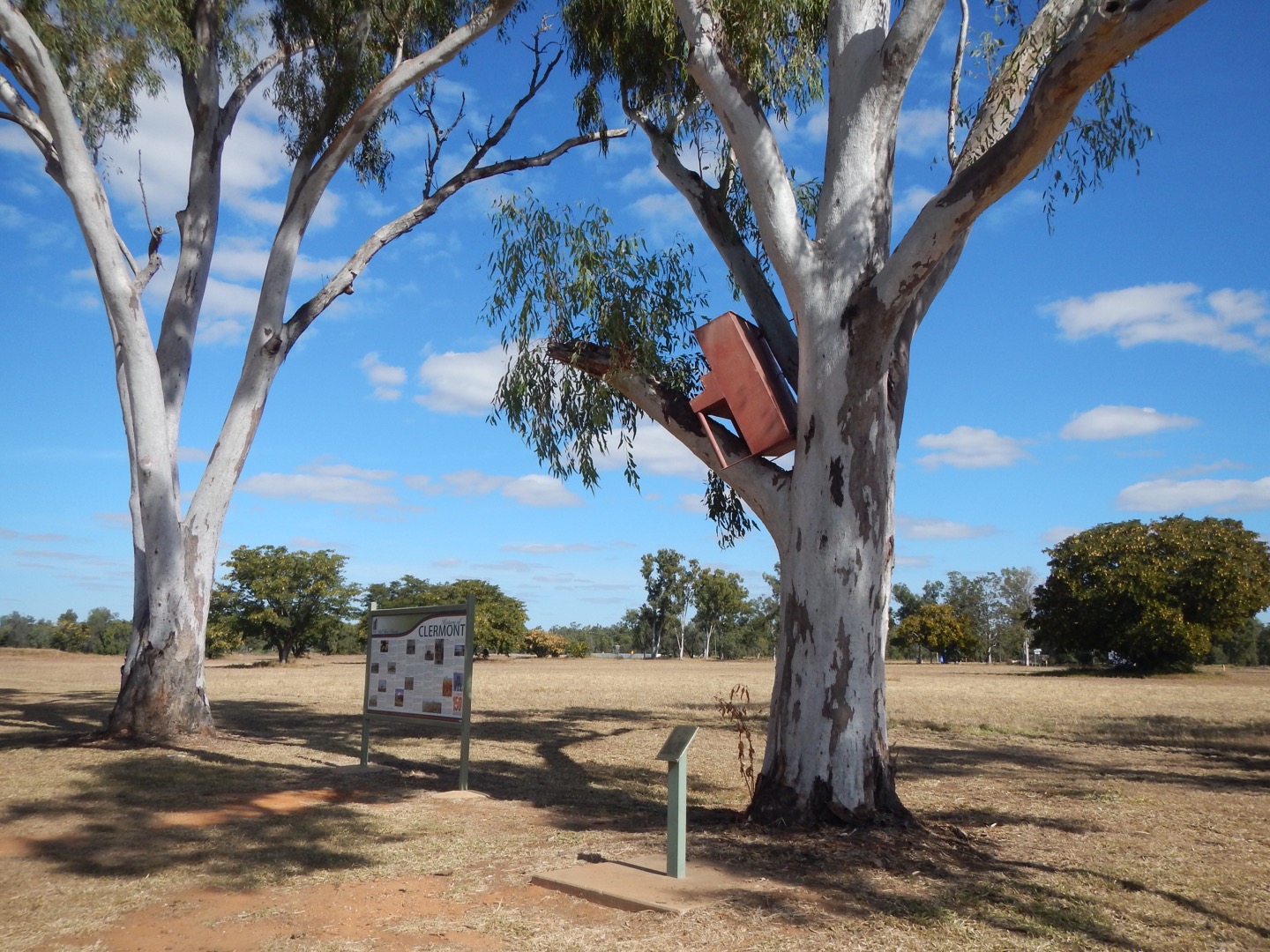 Day in Emerald then to Nebo 330kms

Friday was basically a clean everything and catch up on blogging day. The most exciting part of our day, was cooking bacon and eggs for breakfast. It was bloody awesome. We haven’t had a cooked breakfast since leaving Sydney. I love a cooked brekkie. So I did the washing, Will washed the bikes, and we enjoyed the glorious warmth and sunshine all day. It was a great day, and, although we enjoy meeting and chatting to random people, it is also nice to just have a quiet day sometimes.

A very disciplined early night, meant that we could get up and going early. Well that was the idea, but we both had a shitty sleep, and got up a bit later than the plan. No biggy, we still got going just after nine. Another fantastic Queensland day, still a little cool, but definitely showing signs of being glorious. We headed out of town towards Clermont, where we would take a right turn and start heading towards the coast, and Mackay.

I’ve managed to pair my IPad to the intercom system, so I could try listening to some music while cruising the outback highways of our amazing country. To talk to each other, we just have to press a button, so we both settled into the ride, listening to our own music. When we came to Capella, I pressed the button, so we could communicate through town. A neat little town, and we can’t help but notice how a lot of these outback towns have really worked hard to make themselves attractive to travellers. We’ve only done 60 odd kays, so onward for us this time.

In Clermont, we top up the fuel (not sure if there is any stops between here and Mackay), and have a look around town. There is an IGA, so we pick up some supplies, and then head to a nice shady park for a coffee break. We found out that, where we were sitting was the original town site, that was wiped out in a massive flood in 1916. A 16 foot high wall of water came through, after a cyclone crossed the coast near Mackay, and killed 65 people (almost the entire population), and left 3 pianos wedged 32 foot up, in trees. Wow, unbelievable!

Clermont is a nice little place. This lagoon was part of Sandy Creek, that flooded in 1916.

After a very relaxing break, and a great chat with local, John, we continued on our very enjoyable ride. Lots and lots of coal mines from here out, and some surprising hills and rocky outcrops jutting up, out of the farmland. It was quite stunning, and the road surface was not that flash, so I stopped listening to my music, and just enjoyed the quiet and the views. My right knee gets a bit caught up, and I need to stretch it out regularly, so I’ve taken to doing, what I call, the Superman! I learn way forward, laying on my tank, and stretch both legs straight back. It is really good, and lots of fun, and less bugs splatter on my visor. Ha ha ha ha. 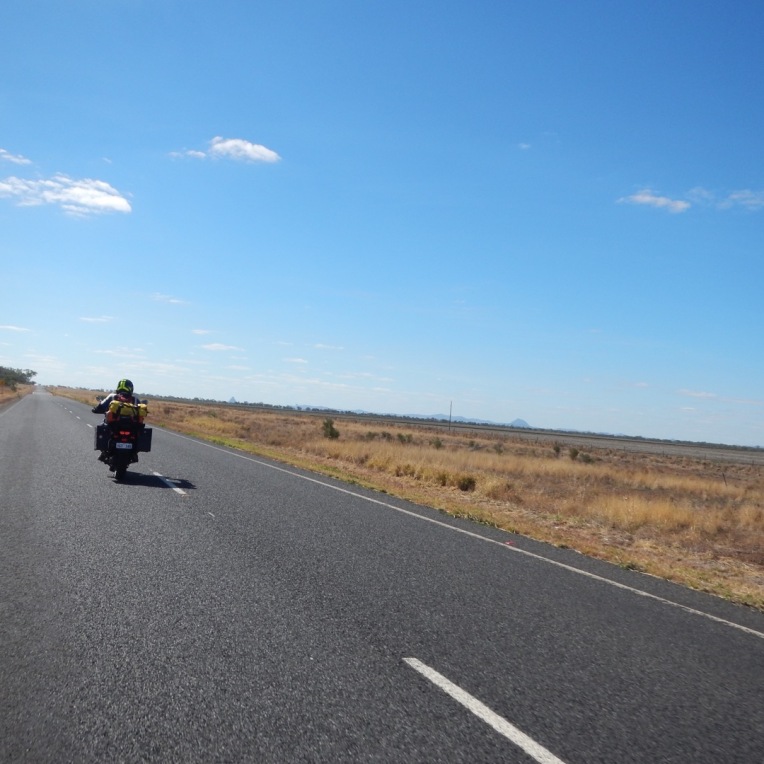 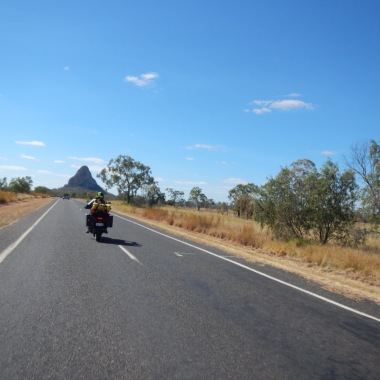 Will is busting down the road towards Wolfang Peak. 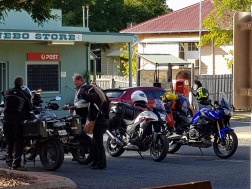 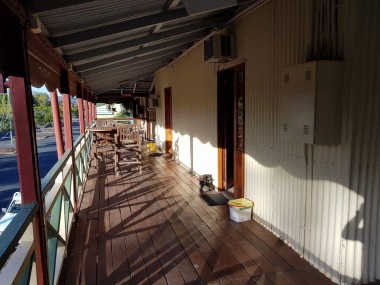 Taking pictures on the run is not easy, it’s a bit hit and miss hey?

We passed lots of very big coal mines, and the traffic became busier. We were definitely getting closer to the coast. Our plan was to stop in Nebo, and get to Mackay tomorrow. So we got here, and investigated the minimal accommodation options, and opted for the Hotel. Old school place with old school rooms, but clean and neat. Another neat little town, mostly here for miners to live and work on the many coal mines around. What a day!