Talk about messed up. Out like the proverbial lights, only to ping up, wide awake, at about 1:30am. I think it was finally the 14th July, but who knows. Both of us just got to being constructive, and tapped out some blog stuff, and checked maps, and other info. About 6am, we decided we were actually hungry, so rifled around the cupboards and found some noodle bowls. They’ll do, and as we only have a microwave, they were it. Breakfast of champions hey?

Feeling tired again, we fell back to sleep and woke up at lunch time, still a bit dazed. Our AirBnB is actually the basement of the owners home, and is not too bad. The bed is comfortable, and the water is hot. It even has a massive projector for a TV. First things first, we had to check on the bikes, and see if there was any news. Nope! They actually had no idea where they were. It is very hard not to be angry and upset, but everyone is trying to help us, so we have to stay calm. I can’t lie, I was very worried.

the home above our basement. We watched a bit of the Tour de France. It’s all the riding we can do right now.

Instead of sitting in the dungeon whinging and moaning, we decided that we could at least get a couple of our jobs done. Food was a priority, as was getting a Canadian SIM card for at least one of our phones. There are buses close by, but we were still fuzzy so just got an Uber to the Real Superstore. Here we could do all that stuff. First we sorted the phone issue, and the guys in the little phone shop were great. It is not cheap in Canada, and for a prepaid SIM, 2Gb data, talk and text, for one month, it cost us $70. Phew, and I thought Australia was bad. Next we ventured into the grocery store, which was like Coles and K-mart all rolled into one. Everything was big, and we took our time checking things out. 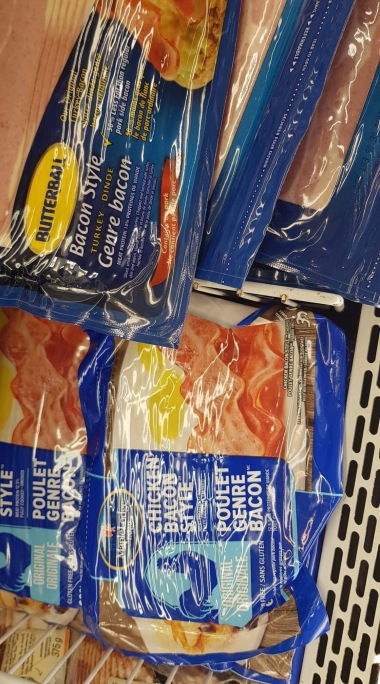 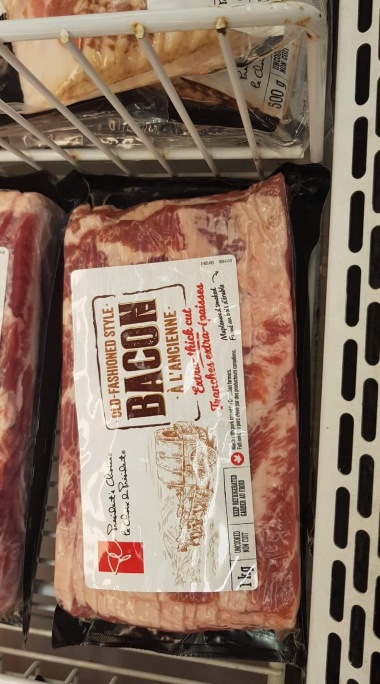 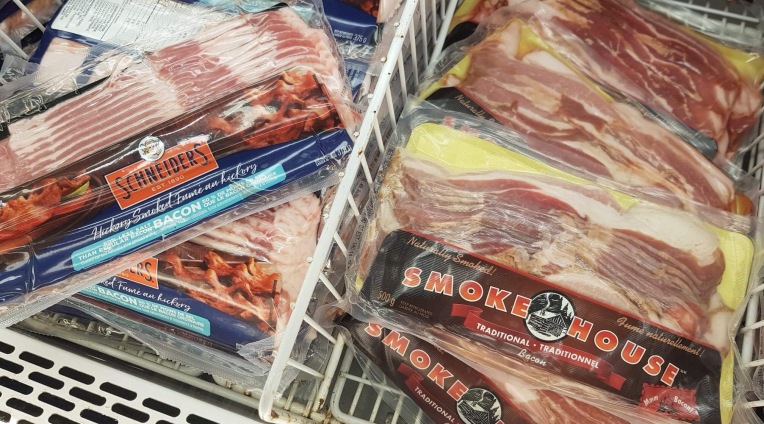 So many types of bacon. Chicken, Turkey, Smokey. Mmmmm bacon.

Next, was the liquor store, where they had a lady promoting some beer, and we got a free beer. She was really lovely, and told us that we had to go check out Pete’s Drive Thru, “which has the best burgers, and it’s just like the sixties where they bring it to your car.” Hmm, what if you don’t have one, not even a bike. She also said Jim Hortons has the best coffee, and make sure you get cream. Ugh, god no, I barely like milk let alone cream. She also said Canadians are into Beer, Coffee and BBQ, so that sounded pretty good to us.

Back in the basement, we couldn’t help but continue to check on the whereabouts of our trusty steeds, and after a conversation with the WestJet lady, we conceded that we would just have to be patient for a day or two more. This is going to be tough. Sure, we have travel insurance that covers this type of thing, but we love those bikes. They have done well for us, been to lots of cool places, and we know and trust them. But I think after these shenanigans, they will be grounded for months!

We lasted well last night, and crashed at 9:30pm. I managed to get through to just before seven am, but Will was up around 3:30am. He did manage to lay there dozing for a bit, but eventually got up and went for a walk. Another cool night, that turns into a warm sunny day. It was cereal for breakfast, with coffee and getting into the physio suggested exercises for my knees and legs. Nothing like last minute, hey? 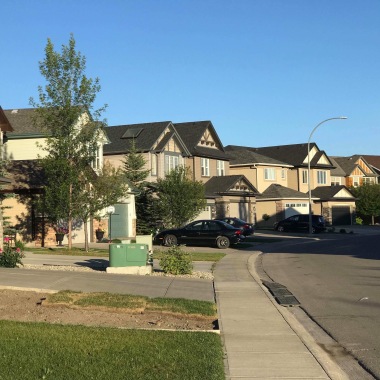 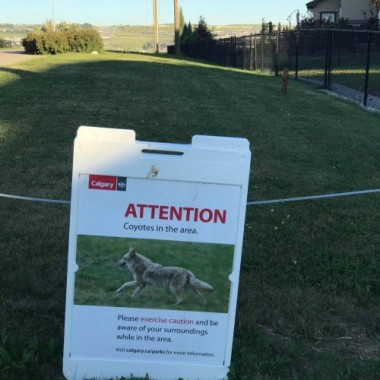 Will’s walk brought our attention to something we’d not considered. Coyotes. Here I was just worrying about bears and cougars.

The bus was the go today, as we can walk down the path to the bus stop, it’s just a few hundred metres. As we were heading off, Anuj, the owner, came out to say hi, and was kind enough to drive us to the bus connection we would have had to find. Two buses to the city from here. The buses still take cash for a ticket, but they don’t have change, it is $3.30 each, and we only have $10. The driver just told us not to worry, and buy a ticket at any shop later. Really? No way. I asked a couple of other commuters if they could change our ten, and we managed to swap it out before getting off, but the driver wasn’t worried, he was happy for us to get off without paying immediately. Very cool.

The information I found on Calgary, and the key spots in the city, was not really very helpful. Of course there are the usual, museums, zoos, and a few historical buildings, but what about the mall, or cafe strip, pubs and restaurants. It was tough. We decided to just jump off and head towards the river. Usually things happen around rivers, in cities. Sure enough, there is a beautiful walking, cycling, or whatever, path all along the river on both sides. There were bicycles of every description, segways, scooters, even a unicycle. So we strolled along, enjoying the warmth, actually it was feeling hot, and watching the people. There were rafters on the river, canoes and stand up paddle boards. Finally, Will found a place to eat, near the river, so we wondered along to Charbar, and had our first, real, Canadian beer.

The Bow river flows through the city centre, and was really nice to walk, ride or whatever along.

It was a nice spot, the food was okay, a bit more expensive than we thought, and they expect tips of between 15-20%. Man that seems a bit high, but their average wage for service is $10/hr. That is super low. I really don’t like this system. I feel like my choice is taken away. I want the staff to get fair wages, but I don’t want to be expected to tip a certain amount. It’s a tough one. Anyway, our waitress was lovely, and the setting was great for people watching. Feeling a bit hot and getting sleepy, we returned to the basement to check on the kids.

Charbar rooftop. It was a great viewing spot, but with no shade, we got hot fast. Not complaining, I love this weather.

There was an email! Oh my god, please don’t be another, “thank you for your patience, we are working hard to resolve your issue”.

Again we apologize for your delayed Bikes, however , rest assure that we are looking at getting the bikes here today. The bikes are enroute from SFO and should be arriving today. Once we have confirmation of this and physically have both bikes we will contact you to arrange delivery or pick up for the Future Travel Credit of 100 with WestJet. We should know more information around 5.30 this evening.

We will talk to you then.

They are on there way! You heard it, on their way. About bloody time. We’ll know more around 5:30pm, but they should be on a plane from San Fransisco, today.

Jet lag, what a monster. I was thinking I was on top of this, but by six, I was passed out, and was woken at a quarter to ten by our phone ringing. It was WestJet. They had the bikes, at the Calgary airport, and would deliver them by 11am in the morning. Phew, that is such a relief. But now I’m awake, what do I do? Eat something, and be excited about our bikes.

2 thoughts on “Bikeless and Jet Lagged in Calgary”