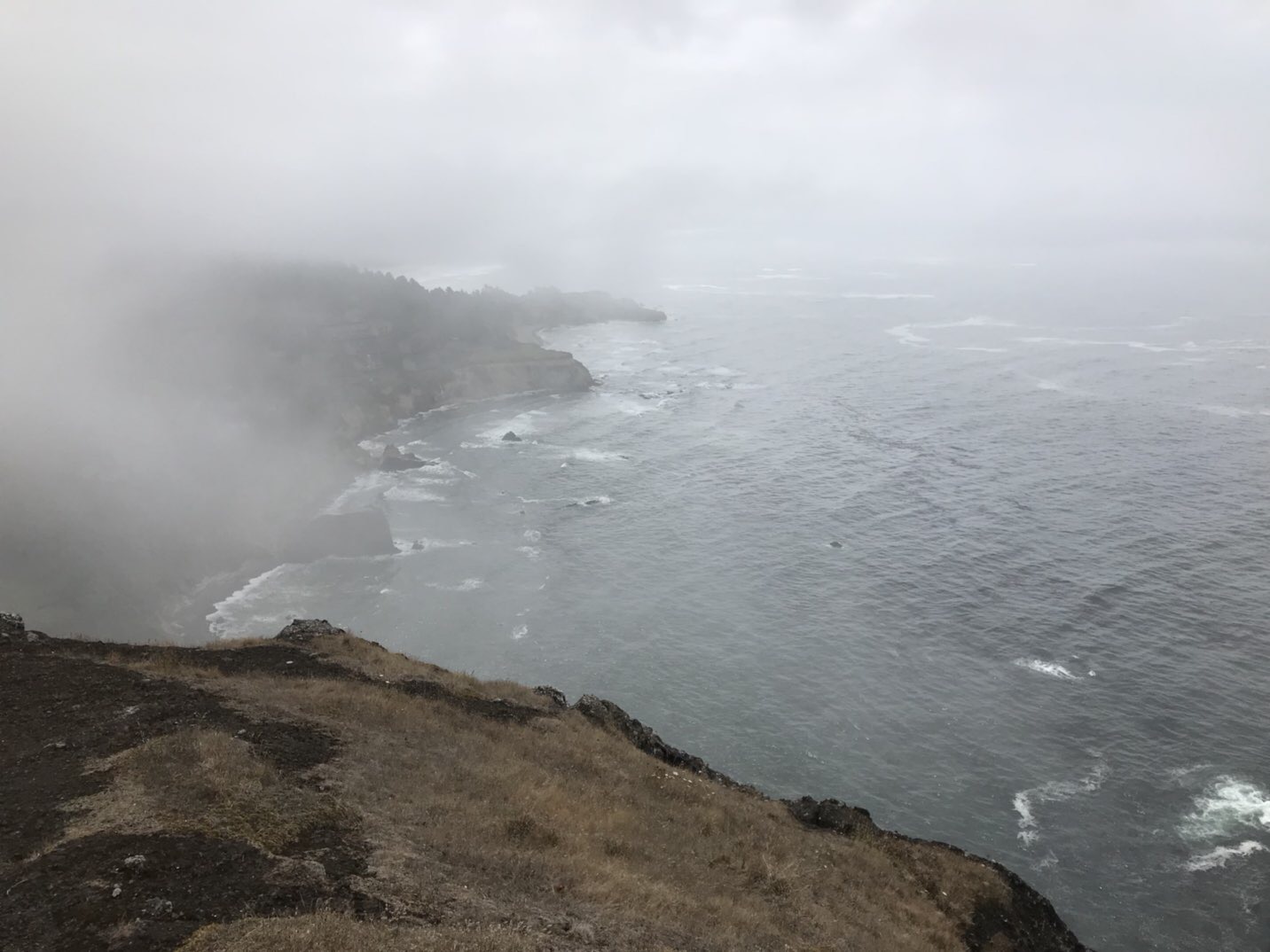 Another wet night, with drizzle, fog and a misty morning. I guess this is what everyone has been telling us to expect. It is getting cold quickly, and I am wishing for those hot days again. Lyn and Mark were about as quick (not very) at getting up and going as we are, and it was nice to chat to them as we got organised. We all left around the same time, and we saw them on and off throughout the day. They were aiming for about 10 miles more than us, so we had plenty of time for stopping and looking at the sights. Which we did.

Tides out, and leaves some interesting patterns and cool rivulets.

The coastline really got interesting today, and although it was a bit cold and misty, we were able to enjoy the interesting cliffs and rock stacks in the ocean. We also spotted a whale or two, and found the roller coaster a bit more mild today. In Depoe Bay, we took a little snack break, for a hot coffee and a breakfast burrito. It was just what the doctor ordered, and while we stopped there, Mark and Lyn caught us. We thought they were in front of us, but they’d stopped to watch some whales. As we were leaving, we noticed Mark had dropped his towel, so we have it. So any readers spot this couple, let them know we have the towel. 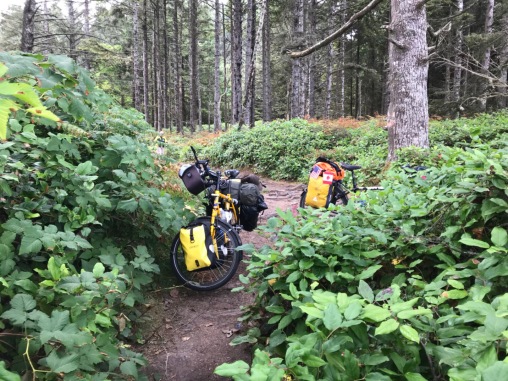 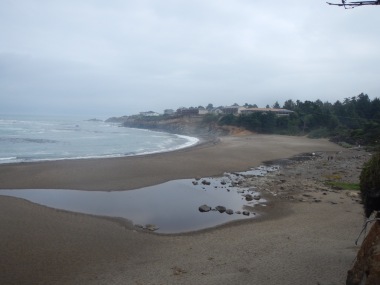 A warm drink and some more food from a pirate coffee shop. Perfect! The bays just past Depoe Bay, are home to many Grey whales, and they can be spotted easily from the cliff tops.

No more mistakes with big hills, as we employed Davo GPS, who guided us to Otter Cresent Loop. This was an absolute highlight. A steady low gradient climb, on the old 101 Highway, that winds it’s way along the coast edge. It was still misty and foggy, but spectacular, with the added bonus of very few cars, a one way road, and a dedicated bike lane for a lot of it. This is Cape Foulweather. Luckily today was not one of the typical days they get on this Cape. It was great. 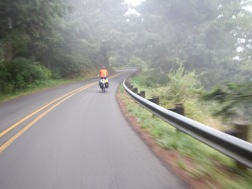 It’s amazing how much easier it is when you have spectacular things to check out as you go. Otter Cresent Loop is a must.

The rest of the day was spent on a roller coaster ride, with a decent tailwind, pushing us into Newport. We’d booked a hotel for two nights to update things, and do washing. We had run our clothes right to the limit. The hotel wasn’t ready for us when we arrived, at around 3pm, so we rode into the city centre, about 2kms away, found a brewery (The Tap House), and had a couple of beers. We decided an early dinner was a good idea, then we could just do washing and relax. So we tried some spicy, honey Brussel sprouts, which were actually pretty good, and a nice pizza. By the time we had demolished that and chatted to some locals, it was time to check in and get the jobs done.

It’s so nice to see that everybody takes their doggies out with them, and they are accepted in the outdoor areas. Who would want to leave these two babies at home?

It was a nice cruise day, and it goes to show that even the weather can’t ruin some days. It rained in the evening while the washing was going on, but we were in a nice warm room, watching movies and relaxing. No worries.

A nothing day really, just blogging, recharging gadgets, drying the tent, route planning, and making a few calls to family. Oh and the breakfast. It was included in the hotel price, just the continental style, but what was pretty cool, was a pancake making machine. All you had to do, was put a plate at the end, press the OK button, and wait. A couple of minutes and a pancake just shot out the end onto your plate. Ha ha ha, easy peasy. So we were happy with our breaky. There wasn’t really any excitement today, just one ride back into town to Nana’s Irish Pub, for another early dinner and two beers. A bit of grocery shopping to get us through a couple more days, and an early night. Well that didn’t really happen, but we do plan on an early start in the morning. 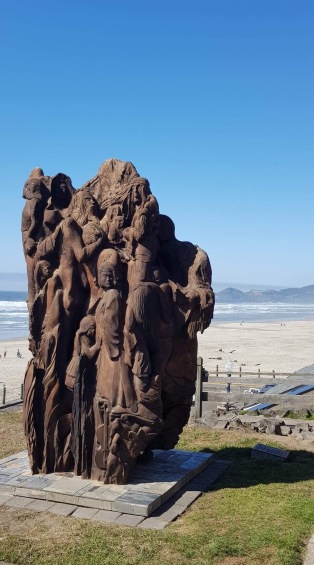